On April 26, 2017, with some fanfare, the Trump administration has provided information on proposed tax law changes, many of which mirror his previous tax policy statements. Although these proposals lack significant detail, here is what the president proposes and how it might impact your tax liability:

Business Tax Rates: Trump’s proposal would cut the top rate on corporate taxable income from 35% to 15%. Presumably, the 15% rate would apply to all business income, including small family-owned businesses.

Individual Tax Rates – Under Trump’s proposal, there would only be three tax brackets, 10, 25, and 35%, down from the current seven tax brackets: 10, 15, 25, 28, 33, 35 and 39.6%. The brackets are applied in steps, so as a taxpayer’s income increases the increase is taxed at increasingly higher rates. The table below illustrates the current 2017 tax brackets.

However, the income brackets where the rates apply have not been specified in the current proposal and are subject to negotiations with Congress. Regardless, the reduction of the top tax rate from 39.6 to 35% will provide a huge tax saving for wealthy taxpayers.

Itemized Deductions – During the campaign, Trump proposed limiting itemized deductions to $100,000 for single filers and $200,000 for joint filers, which would cause an increase in taxes for the wealthiest taxpayers and not impact middle-income taxpayers. However, the current proposal would do away with all itemized deductions except those that incentivize home ownership and charitable deductions. The theory is that the other deductions primarily benefit the wealthiest taxpayers. However, this would also have a significant impact on other taxpayers as well. Here are a few examples of its effects:

Other Deductions – Under the Trump proposal, virtually all deductions other than retirement savings would be eliminated. If that is the plan, then presumably it would include moving deductions, educators’ expenses, self-employed health insurance, student loan interest, and alimony paid. None of these changes would provide any significant benefit to the wealthy but would impact lower-income taxpayers.

This proposal was presented as a one-page outline without any fundamental details. Assuming the proposal is not dead on arrival, expect significant changes to be made by Congress. For instance, the senators and representatives from states with income tax will certainly want to retain state income tax as an itemized deduction for their constituents, including both Democrats and Republicans. And of course, there needs to be replacement revenue for the cuts to avoid a national debt increase.

As the tax reform debate winds through Washington, rest assured we will stay on top of the latest proposals and final legislation. We will continue to keep you informed during this wild ride. 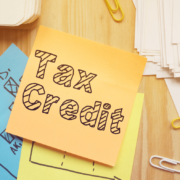 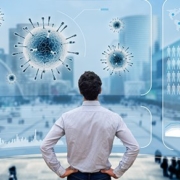 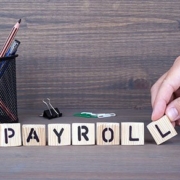 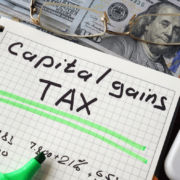 Managing Capital Gains and Losses in a Turbulent Year
0 replies