Provisions: This is a synopsis of some of the provisions included in the House bill (HR 1) that was passed by a vote of 227 to 205 on November 16, 2017, and the Senate’s version of the bill as passed on December 2, by a vote of 51 to 49 – both along party lines. This synopsis does not include any conference amendments made after the December 2nd Senate version.

There are significant differences between the two bills, and both the House and Senate must pass the same legislation before it can be sent to the president for a signature. This involves a reconciliation process between the two houses of Congress. Most sources expect that most of the provisions of the Senate version will prevail during the reconciliation process in an effort to get the legislation pushed through before Christmas. 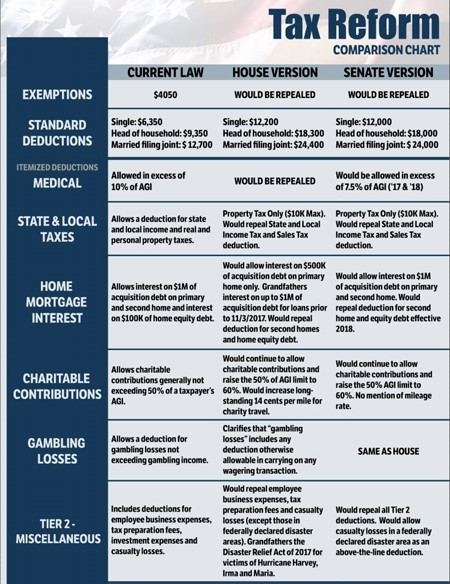 REDUCE YOUR IRS DEBT WITH AN OFFER-IN-COMPROMISE

BEEN SELLING YOUR GOLD? BETTER READ THIS! 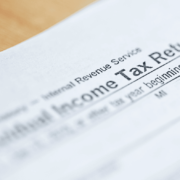 Having a Low-Income Year? Take Tax Advantage of It 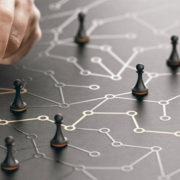 HAVING A LOW TAXABLE INCOME YEAR? WAYS TO TAKE ADVANTAGE OF IT
0 replies

USING ONLINE AGENTS TO RENT YOUR HOME SHORT TERM? YOU MAY BE SURPRISED AT THE...
Scroll to top