The kiddie tax plugged that tax loophole by taxing the child’s unearned income (income not from working) at the parent’s top marginal rate.

That has all changed under the new tax reform. Beginning in 2018, children’s tax rates are no longer based upon their parents’ top marginal rates. Congress streamlined the kiddie tax by taxing a child’s unearned income by the capital gain and ordinary income rates that apply to trusts and estates. Thus, the child’s tax is unaffected by the parent’s tax situation or the unearned income of any siblings, while the earned income is taxed using the single tax rates.

Although this will greatly simplify the preparation of a child’s return, there will be losers and winners. One of the big winners will be a child who is employed. Since earned income is taxed at single rates, a working child will benefit from the new higher standard deduction allowing them to make up to $12,000, instead of the previous $6,350 of earned income without any tax.

On the other hand, for those with substantial unearned (investment) income, that income will no longer be subject to the parent’s top tax bracket but instead will be taxed at the rates for estates and trusts, which for 2018 hit 37% at a taxable income of $12,500.

The losers will be children with substantial investment income, which will be taxed at the trust rates, especially children whose parents are in a low tax bracket. Under the old law, a child’s unearned income was taxed at the parents’ top tax bracket, which now may be lower than the fiduciary tax rates.

Parents with children might consider some of the following investment strategies for their children to avoid the kiddie tax issues:

If you have questions or would like to schedule an appointment to discuss a child’s tax situation and options, please give this office a call.

PROTECTING YOURSELF FROM SCAMS, ID THEFT AND CYBER CRIMINALS

WHAT DOES THE FUTURE HOLD FOR TAXES? 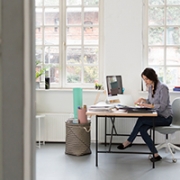 JUNE ESTIMATED TAX PAYMENTS ARE JUST AROUND THE CORNER

SHOULD I USE A CREDIT CARD TO PAY MY TAXES?