The new Budget Control Act of 2011 may have resolved the debt ceiling stalemate in Washington, but it leaves us hanging as far as long-term tax planning goes. Although the first $1 trillion round of deficit reduction over fiscal years 2012 through 2021 does not include revenue hikes, the second $1.5 trillion reduction over the same time period could include some fundamental tax changes.

Part of the Act established the Joint Select Committee on Deficit Reduction (JSC). It will be the JSC’s job to figure out how to reduce the deficit by the second $1.5 trillion and provide Congress with recommendations and legislative language that will significantly improve the short-term and long-term fiscal imbalance of the Federal Government, which could include some fundamental tax changes. The timetable for the JSC to complete its work is no later than:

If a majority of the JSC members fail to approve a report and legislative language, across-the-board reductions must be implemented, with annual cuts starting in 2013. The cuts will be split 50-50 between defense and domestic spending.

According to the administration, if the JSC fails to reach agreement on recommendations or if Congress fails to pass the recommendations, the $1 trillion in deficit reduction can almost be achieved by allowing the Bush era tax cuts to expire at the end of 2012.

In addition, Congress still appears to be playing their usual game of brinkmanship since they have not addressed a number of tax issues set to expire at the end of 2011. These expiring tax breaks include:

As you can see, if Congress does nothing there will be tax increases in 2012, followed by the expiration of the Bush era tax cuts after 2012. If you have any questions please this office a call 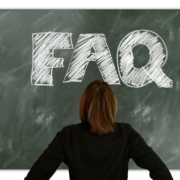 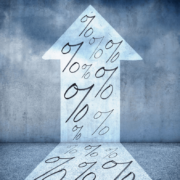 IRS HAS YOUR NUMBERS!

Calculating Corporate Estimated Tax: What You Need to Know
0 replies

TAX PERKS FOR THE BUSINESS TRAVELER