The next quarterly estimated tax payment deadline is September 15th for individuals and calendar year businesses. So, it’s a good time to review the rules for computing corporate federal estimated payments. You want your business to pay the minimum amount of estimated taxes. You also don’t want to trigger the penalty for underpayment of corporate estimated tax.

So, what is the required installment of corporate estimated tax that a corporation must pay to avoid a penalty? It is the lowest amount determined under each of the following four methods:

Under the current year method, a corporation can avoid the corporate estimated tax underpayment penalty by paying 25% of the tax shown on the current tax year’s return. If they do not file a return, they must pay 25% of the tax for the current year. Corporations must make these payments by each of four installment due dates. The due dates for the calendar year are generally April 15, June 15, September 15, and January 15 of the following year.

How can a corporation avoid the corporate estimated tax underpayment penalty under the preceding year method? A corporation must pay 25% of the tax shown on the return for the preceding tax year by each of four installment due dates. (Note, however, that for 2022, certain corporations can only use the preceding year method to determine their first required installment payment. A corporation with taxable income of $1 million or more in any of the last three tax years will have this restriction.) In addition, this method isn’t available to corporations with a tax return that was for less than 12 months. There is also no availability for a corporation that didn’t file a preceding tax year return that showed some tax liability.

Corporations with recurring seasonal patterns of taxable income can annualize income by assuming income earned in the current year is earned in the same pattern as in preceding years. We call this the seasonal income method. There’s a somewhat complicated mathematical test that corporations must pass in order to establish that they earn their income seasonally. This test qualifies them to use this method. Think your corporation might qualify for this method? Don’t hesitate to ask your Fiducial representative to help determine if it does.

Also, note that a corporation can switch among the four methods during a given tax year. 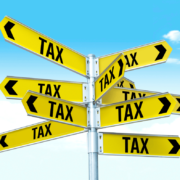 Do Tax Deductions and Tax Credits Result in the Same Tax Benefit?

SEVERAL WAYS TO DEFER THE TAX ON GAINS 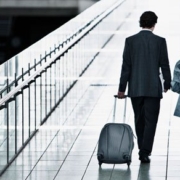 Traveling for Business? What Business Travel Deductions Are Available?

HOW LONG SHOULD YOU HOLD ON TO OLD TAX RECORDS?

LAST MINUTE PAYMENTS AND FILING TIPS
Understanding What Innocent Spouse Relief Is, and Whether You Need It

Help When Needed: Apply the Research Credit Against Payroll Taxes
Scroll to top