Most small businesses have receivables that cannot be collected. These receivables can be from the sale of products, providing services to customers, or a combination of the two.

Whether a bad debt deduction will apply generally depends upon which accounting method is used (either the cash or accrual method). Why does this make a difference? Let’s look at what happens under both methods of accounting.

A taxpayer’s loan to a customer or supplier may be a business debt if there is some element of necessity for the loan, which is proximately related to the taxpayer’s business. An example is a builder who makes advances to a building material supplier and never receives the supplies. In such cases, assuming the taxpayer can prove the debt is worthless, the loan will result in a bad debt for either an accrual or cash basis taxpayer.

Proof of Worthlessness – Proving a debt (or receivable) is worthless requires the taxpayer or business to show that the debt has become worthless and that reasonable steps were taken to collect the debt.

Non-Business Bad Debts – Some bad debts may actually be personal debts, such as personal loans to individuals. In those cases, the bad debt is not deducted as a business expense but is instead treated as a short-term capital loss [on Schedule D. The bottom loss for any year on Schedule D is limited to $3,000 ($1,500 for married filing separate taxpayers). Unless the Schedule D contains gains to offset additional losses, a non-business bad debt could be limited to $3,000 per year. The good news is that any amount not deductible in a particular year carries over to the next subsequent year.

If you have questions related to a bad debt and your taxes, please give this office a call. 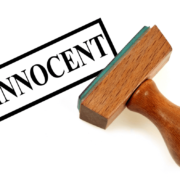 Understanding What Innocent Spouse Relief Is, and Whether You Need It 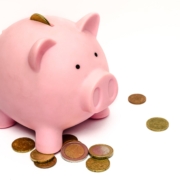 How Can I Prove Financial Hardship to the IRS If I Can't Pay My Taxes?

WHAT TO DO IF YOU RECEIVE A DREADED IRS LETTER 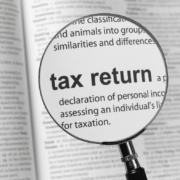 Made a Mistake on Your Tax Return - What Happens Now?

GOT A LETTER FROM THE IRS?
0 replies

ARE YOU AN EMPLOYEE OR AN INDEPENDENT CONTRACTOR?
Scroll to top