Taxpayers who have a qualified child may be eligible for the child tax credit. The maximum credit amount is $1,000 and is generally non-refundable (can only offset income tax liability, both regular and alternative minimum (AMT)) but see exception below.

Exception: A taxpayer, who is unable to claim the full amount of the child tax credit because income tax liability is less than the credit amount, is allowed to take a portion of the tax credit as a refundable credit, referred to as the additional child tax credit. This credit is 15% of the taxpayer’s earned income in excess of a threshold amount, which is $3,000. Taxpayers with 3 or more qualifying children also take into consideration the amount of Social Security and Medicare taxes they paid. The combined nonrefundable and refundable credits can’t exceed the credit as computed after taking into account the adjustment for the modified AGI limitation (explained below).

Special Benefit–Military – Excluded combat zone pay of military taxpayers is treated as earned income for purposes of the computation of the refundable portion of the credit.

Taxpayer ID Numbers – The Protecting Americans from Tax Hikes Act of 2015 added program integrity provisions, which in the case of the child tax credit prohibits an individual from retroactively claiming the child credit by amending a return, or filing an original return if he failed to file, for any prior year in which the individual or a child for whom the credit is claimed did not have a taxpayer identification number (generally a Social Security number). 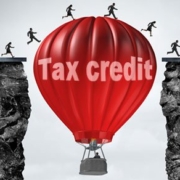 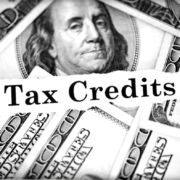 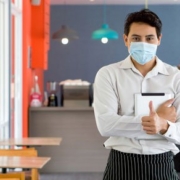