IRA owners must take at least a required minimum distribution (RMD) amount from their IRA each year, which starts with the year they reach age 70½. A taxpayer who fails to take a RMD in the year when age 70½ is reached can avoid a penalty by taking that distribution no later than April 1st of the following year. However, that means the IRA owner must take two distributions in the following year, one for the year in which age 70½ is reached and one for the current year.

For purposes of determining the RMD, all Traditional IRA accounts—including SEP-IRAs— owned by an individual must be taken into consideration. The minimum amount that must be withdrawn in a particular year is the value of the IRA account at the end of the business day on December 31st of the prior year, divided by the number of years the IRA owner is expected to live based on the IRS life expectancy tables and using the taxpayer’s oldest age for the year.

The RMD can be taken all at once, sporadically, or in a series of installments (monthly, quarterly, etc.) as long as the total distributions for the year are at least the minimum required amount.

Distributions that are less than the RMD for the year are subject to a 50% excise tax penalty. The IRS may waive the penalty if the failure to withdraw the minimum amount or part of the minimum amount was due to reasonable error, and the owner has taken, or is taking, steps to remedy the insufficient distribution.

For 2013, you can also directly transfer up to $100,000 from your IRA to a charity, thereby avoiding the income on your tax return. Such a transfer can count toward your RMD requirement. Although you get no charitable deduction as the contribution is excluded from income, it essentially allows taxpayers to deduct the charitable contribution without itemizing. Also, a charitable transfer effectively reduces your income, which in turn can reduce your taxable Social Security and other tax limitations based on income.

If you have questions regarding your RMD for 2013 or how an IRA-to-charity transfer can benefit you, please give this office a call. 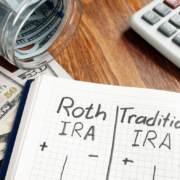 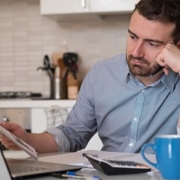 DID YOU COLLECT THE NEEDED W-9S?