Taxpayers are frequently blindsided when their filing status changes because of a life event such as marriage, divorce, separation or the death of a spouse. These occasions can be stressful or ecstatic times, and the last thing most people will be thinking about are the tax ramifications. But the ramifications are real and the following are some of the major tax complications for each situation.

Separated – Separating from a spouse is probably the most complicated life event and is certainly stressful for the family involved. For taxes, a separated couple can file jointly, because they are still married, or file separately.

Divorced – Once a couple is legally divorced, tax issues become clearer because each former spouse will file based upon their own income and the terms of the divorce decree related to spousal support, custody of children and division of property.

Recently Married – When a couple marries, their incomes and deductions are combined, and they must file as married individuals.

Widowed – When one spouse of a married couple passes away, a joint return is still allowed for the year of the spouse’s death. Furthermore, the widow or widower continues to use the joint tax rates for up to two additional years, provided the surviving spouse hasn’t remarried and has a dependent child living at home. This provides some relief for the survivor, who would otherwise be straddled with an unexpected tax increase while also facing the potential loss of some income, such as the deceased spouse’s pension and Social Security benefits.

If any of these situations apply to you or a family member, please call for additional details that may also apply with respect to your specific set of circumstances. 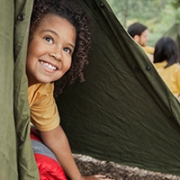 TAX BENEFITS FOR MEMBERS OF THE CLERGY

IT'S ALMOST SUMMER - WHO IS CARING FOR THE KIDS WHEN YOU WORK?

DRIVING FOR UBER OR OTHERS? YOUR TAX SITUATION IS UNIQUE
Scroll to top