Note: This is one of a series of articles explaining how the various tax changes in the GOP’s Tax Cuts & Jobs Act (referred to as “the Act” in this article), which passed in late December of 2017, could affect you and your family, both in 2018 and future years. This series offers strategies that you can employ to reduce your tax liability under the new law.

With the passage of the Act, taxpayers who are shareholders in a controlled foreign corporation (CFC) with deferred income are required to pay U.S. taxes on that income.

Previously, U.S. shareholders of foreign corporations were only subject to taxes on income from those corporations if the dividends were distributed to the shareholders. Thus, if dividends were not distributed, the shareholder received no taxable income from the corporation. One exception to that rule applied to U.S. persons who owned 10% or more of a CFC. They were required to include their share of the CFC’s investment, insurance and services income in their income subject to U.S. tax.

The Act has shot that tax shelter down. It requires that, for the last taxable year of a foreign corporation (beginning before January 1, 2018), all U.S. taxpayers who own at least 10% of a CFC or other foreign corporation must include in their income pro rata shares of all accumulated post-1986 deferred foreign income that has not previously been taxed. The Act does provide a tax break; after all adjustments, this deferred foreign income is taxed at an effective rate of 15.5% for income held in liquid form and 8% otherwise. However, the foreign tax credit cannot be used to reduce the tax.

Another break allows a taxpayer, if he or she elects this option, to have the tax on this accumulated post-1986 deferred income spread over a period of 8 years:

Mandatory inclusion applies in the last taxable year that began before January 1, 2018. Thus, a U.S. taxpayer who owns an interest in a CFC may have an increased tax bill for 2017.

Please call this office for further details or if you have questions on how this new tax provision might apply to you.

HOW DOES THE AFFORDABLE CARE ACT AFFECT YOU AND YOUR TAXES? 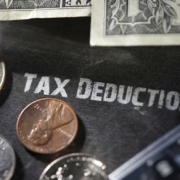 Increased Business Meal Deduction for 2021 and 2022 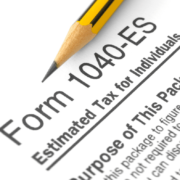 Estimated Tax Payments: Everything You Need to Know
0 replies