Taxpayers are often confused by the differences in tax treatment between a business that is entered into for profit and one that is a not-for-profit business, commonly referred to as a hobby. Recent tax law changes have added to the confusion, so Fiducial is here to clear the muddy waters! Read on to learn the basics.

Businesses Entered into for Profit

For businesses entered into for profit, the profits are taxable, and losses are generally deductible against other income. The income and expenses are commonly reported on a Schedule C, and the profit or loss—after subtracting expenses from the business income—is carried over to the taxpayer’s 1040 tax return. (An exception to deducting the business loss may apply if the activity is considered a “passive” activity, but most Schedule C proprietors actively participate in their business, so the details of the passive loss rules aren’t included in this article.)

Hobbies, on the other hand, are not entered into for profit, and the government currently does not permit a taxpayer to deduct their hobby expenses but does require the income from the activity to be declared. Prior to the changes included in the Tax Cuts and Jobs Act of 2017, hobbyists were allowed to deduct expenses up to the amount of their not-for-profit business income as a miscellaneous itemized deduction on Schedule A. Being able to take this deduction is suspended for years 2018 through 2025. So, not-for-profit business income is reported on Schedule 1 of their 1040 and no expenses are deductible.

So, what distinguishes a business from a hobby? The IRS provides nine factors to consider when making the judgment. No single factor is decisive, but all must be considered together in determining whether an activity is for profit. Below are the nine factors. If you have questions about where your venture falls, ask your Fiducial rep for more info.

(1) Is the activity carried out in a businesslike manner? Maintenance of complete and accurate records for the activity is a definite plus for a taxpayer, as is a business plan that formally lays out the taxpayer’s goals and describes how the taxpayer realistically expects to meet those expectations.

(3) Does the taxpayer depend on the activity as a source of income? This test is easiest to meet when a taxpayer has little income or capital from other sources (i.e., the taxpayer could not afford to have this operation fail).

(4) Are losses from the activity the result of sources beyond the taxpayer’s control? Losses from unforeseen circumstances like drought, disease, and fire are legitimate reasons for not making a profit. The extent of the losses during the start-up phase of a business also needs to be looked at in the context of the kind of activity involved.

(5) Has the taxpayer changed business methods in an attempt to improve profitability? The taxpayer’s efforts to turn the activity into a profit-making venture should be documented.

(6) What is the taxpayer’s expertise in the field? Extensive study of this field’s accepted business, economic, and scientific practices by the taxpayer before entering into the activity is a good sign that profit intent exists.

(8) What is the possibility of profit? Even though losses might be shown for several years, the taxpayer should try to show that there is realistic hope of a good profit.

(9) Will there be a possibility of profit from asset appreciation? Although profit may not be derived from an activity’s current operations, asset appreciation could mean that the activity will realize a large profit when the assets are disposed of in the future. However, the appreciation argument may mean nothing without the taxpayer’s positive action to make the activity profitable in the present.

There is a presumption that a taxpayer has a profit motive if an activity shows a profit for any three or more years within a period of five consecutive years. However, the period is two out of seven consecutive years if the activity involves breeding, training, showing, or racing horses.

All of this may seem pretty complicated, and you may not know how to answer some of these questions. Contact Fiducial if you need more information for your particular circumstances. Call us at 1-866-FIDUCIAL or make an appointment at one of our office locations. Ready to book an appointment now? Click here. Know someone who might need our services? We love referrals! 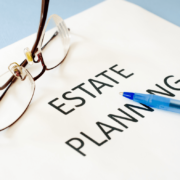 Is Your Will or Trust Up to Date? Estate Planning Is an Ongoing Process 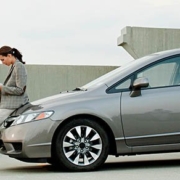 The Standard Business Mileage Rate Has Gone Up for 2023

HAVE A WORTHLESS STOCK YOU WANT TO WRITE OFF FOR 2016? ACTION MAY BE NEEDED BY YEAR-END 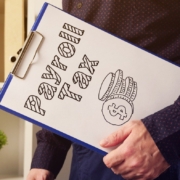 Managing Out-of-State Employees: How to Handle Payroll Taxes
Form 941: Do I Need to File If I Had No Employees This Quarter?