Tax legislation passed late in December 2015 (the Protecting Americans from Tax Hikes Act) extended a number of favorable business provisions and made some others permanent. The provisions can have a significant impact on a business’s taxes for 2016. Here is a rundown of those changes that need to be considered when preparing your 2016 and 2017 returns.

Section 179 Expensing – The Internal Revenue Code, Sec. 179, allows businesses to expense, rather than depreciate, personal tangible property other than buildings or their structural components used in a trade or business in the year the property is placed into business service. The annual limit is inflation-adjusted, and for 2017, that limit is $510,000, up from $500,000 in 2016. The limit is reduced by one dollar for each dollar when the total cost of the qualifying property placed in service in any given year exceeds the investment limit, which is $2,030,000 for 2017, a $20,000 increase from the 2016 amount.

In addition to personal tangible property, the following are included in the definition of qualifying property for the purposes of Sec. 179 expensing:

Bonus Depreciation – Bonus depreciation is extended through 2019 and allows first-year depreciation of 50% of the cost of qualifying business assets placed in service through 2017. After 2017, the bonus depreciation will be phased out, with the bonus rate 40% in 2018 and 30% in 2019. After 2019, the bonus depreciation will no longer apply. Qualifying business assets generally include personal tangible property other than real property with a depreciable life of 20 years or fewer, although there are some special exceptions that include qualified leasehold property. Generally, qualified leasehold improvements include interior improvements to non-residential property made after the building was originally placed in service, but expenditures attributable to the enlargement of the building, any elevator or escalator, and the internal structural framework of the building do not qualify.

In addition, the bonus depreciation will apply to certain trees, vines and plants bearing fruits and nuts that are planted or grafted before January 1, 2020.

New Filing Due Dates – There are some big changes with regard to filing due dates for a variety of returns. Many of these changes have been made to combat tax-filing fraud. The new due dates are effective for tax years beginning after December 31, 2015. That means the returns coming due in 2017.

Work Opportunity Tax Credit (WOTC) – Employers may elect to claim a WOTC for a percentage of first-year wages, generally up to $6,000 of wages per employee, for hiring workers from a targeted group. First-year wages are wages paid during the tax year for work performed during the one-year period beginning on the date the target-group member begins work for the employer.

This credit originally sunset in 2014, but the PATH Act retroactively extended the credit for five years through 2019.

What is in the future?

With the election of a Republican president and with a Republican majority in both the House and Senate, we can expect to see significant tax changes in the near future. President-elect Trump has indicated that he would like to see the Sec. 179 limit significantly increased and the top corporate rate dropped to 15%. Watch for future legislation once President-elect Trump takes office.

If you have questions related to the business write-offs or filing due dates, please give this office a call.

ARE YOU MISSING OUT ON THE RESEARCH CREDIT? 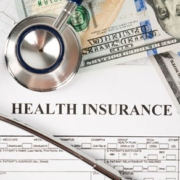 Employers: How “Affordable” Will Your Health Care Coverage Be in 2023?
0 replies

TEACHER EXPENSES AND YOUR TAX RETURN
Scroll to top