Uncle Sam considers our tax system a “pay-as-you-go” system and expects taxpayers to prepay taxes on income as they receive it throughout the year. Taxes are prepaid through withholding and by estimated tax payments.

There are two federal safe harbor amounts that apply when the payments are made evenly throughout the year.

But what if you don’t meet one of the safe harbors? Then the IRS will assess a penalty based upon amounts due on a quarterly basis (although for this purpose all quarters aren’t made up of the same number of months). So if you didn’t meet the safe harbor requirements in the earlier part of the year, trying to make up for it with estimated tax payments in the later quarters will not lessen the penalties in the earlier periods, for which the penalties are generally higher because you held on to Uncle Sam’s money for a longer period of time.

But there is a little-known strategy that can help solve that problem. Withholding is treated as made ratably (equally) throughout the year, regardless of when it was withheld. So, for example, if you shortchanged Uncle Sam in the first three quarters, you can make up for it through increased payroll withholding in the last quarter of the year.

If you want to implement this strategy, don’t put it off too long, since the longer you wait the fewer pay periods you’ll have in which to make up the shortfall before the end of the year—and the smaller your take-home pay will be. Although payroll income is the most common source of withholding, there are also pension, Social Security, and brokerage account income withholding, just to name a few other potential sources.

If you had an increase in income this year and are facing a substantial tax liability at the end of the year, it may be appropriate to contact this office for a year-end planning appointment to discuss how to maximize tax deductions and credits for the year and minimize any underpayment penalties. Please call this office for an appointment.

DOES YOUR EMPLOYER MISCLASSIFY YOU AS AN INDEPENDENT CONTRACTOR INSTEAD OF AS AN EMPLOYEE? 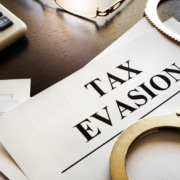 YOUR PAYROLL TAX CUT IS SAFE FOR NOW! 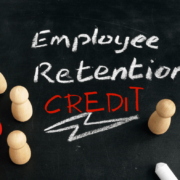 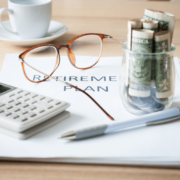 MARRIED TO A NONRESIDENT SPOUSE?

WAS YOUR NO-HEALTH-INSURANCE PENALTY A SURPRISE?
Scroll to top