Congress considers our tax system a “pay-as-you-earn” system. To facilitate that concept and help taxpayers avoid underpayment penalties, the government has provided several means of assisting taxpayers in meeting the “pay-as-you-earn” requirement. These include:

When a taxpayer fails to prepay a safe harbor (minimum) amount, they can be subject to the underpayment penalty. This nondeductible interest penalty is higher than what might be earned from a bank. Penalties apply quarterly, so making a fourth-quarter estimated payment only reduces the fourth-quarter penalty. However, withholding is treated as paid ratably throughout the year. So, increasing withholding at the end of the year can reduce the penalties for the earlier quarters.

Taxpayers may accomplish this with cooperative employers. They may also take an unqualified distribution from a pension plan (subject to 20% withholding). Then, they can return the gross amount of the distribution to the plan within the 60-day statutory rollover limit. However, you should check with your Fiducial representative before using the latter strategy.

Federal law and most states have so-called safe harbor rules. This means that if you comply with the rules, you won’t be penalized. Two Federal safe harbor amounts apply when taxpayers make payments evenly throughout the year.

1. The first safe harbor is based on the tax owed in the current year. If your payments equal or exceed 90% of your current year’s tax liability, you can escape a penalty.

2. The second safe harbor—and the one taxpayers rely on most often—is based on your tax in the immediately preceding tax year. If your current year’s payments equal or exceed 100% of the amount of your prior year’s tax, you can escape a penalty, regardless of the amount of tax you may owe when you file your current year’s return. Did your prior year’s adjusted gross income equal more than $150,000 ($75,000 if you file married separate status)? Then your payments for the current year must equal 110% of the prior year’s tax to meet the safe harbor amount.

Common Situations that Cause Underpayment Penalties

Taxpayers get into trouble when their income goes up or their withholding goes down for the current year versus the prior year. Examples include having a substantial increase in income, such as when you cash in investments. This increases income but without any corresponding withholding or estimated payments.

Another frequently encountered situation is when a taxpayer retires and their payroll income is replaced with pension and Social Security income without adequate withholding. Taxpayers who don’t recognize these types of situations often find themselves substantially underpaid and subject to the underpayment penalty when tax time comes around.

The bottom line is that 100% (or 110% for upper-income taxpayers) of your prior year’s total tax is the only true safe harbor because it is based on the prior year’s tax (a known amount), whereas the 90% of the current year’s tax amount is a variable based on the income for the current year. Unfortunately, that amount isn’t often determined until it is too late to adjust the prepayment amounts.

That being said, there are times when using the 100%/110% safe harbor method doesn’t make a lot of financial sense. For example, let’s say that in the prior year, you had a large one-time payment of income that boosted up your tax to $25,000, which is $10,000 more than you normally pay. You know that you won’t have that extra income in the current year.

Rather than rely on the 100%/110% of prior tax safe harbor, where you’d be prepaying $10,000 more than your current year’s tax is likely to be, it may be appropriate to use the 90% current-year tax safe harbor, determined by making a projection of your current year tax. As the year goes along, you should monitor your income and the tax paid in to be sure you are on track to reach the 90% goal.

Do you have a substantial increase in income so that withholding or estimated tax payments need to be adjusted to avoid a penalty? Call Fiducial at 1-866-FIDUCIAL or make an appointment at one of our office locations to discuss your situation. 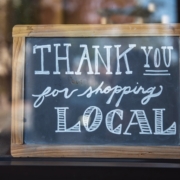 DID YOU KNOW GAMBLING CAN INCREASE YOUR HEALTH INSURANCE COSTS?

RECEIVING TIPS CAN BE TAXING

PROCRASTINATING ON FILING YOUR TAXES? 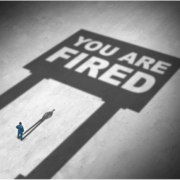 What Are the Tax Consequences of Losing Your Job?

DO YOU OWE THE IRS MONEY?
What You Need to Know About the IRS and Tax Audits

Corporations: Do You Really Want to Pay Those Dividends?
Scroll to top