The combined penalty is 5% of the unpaid tax for each month or part of the month that the return is late, but not for more than 5 months. The late filing penalty is reduced by the late payment penalty. Thus, the 5% includes a 4.5% penalty for filing late and a 0.5% penalty for paying late.

If a taxpayer doesn’t file a return within 60 days of the due date, there is a minimum penalty of $135 or 100% of the balance of the tax due on the return, whichever is smaller.

Of course, if you filed an extension, you are only subject to the late payment penalty, and even that won’t apply if you had pre-paid at least 90% of your tax liability through withholding, making estimated tax payments, or making a payment that was included with the extension. The extension gives you until October 15, 2013 to file your 2012 return.

If you were living abroad on April 15, your filing due date is June 15, 2013, and late filing and late payment penalties do not begin to accrue until after that date.

The law allows the IRS to remove, reduce, or not assess penalties for late filing and/or late payment if the taxpayer is able to show “reasonable” cause for not filing and paying on time. However, the IRS determines the merits of each case based on the events or parties involved, as well as whether or not the taxpayer exercised ordinary business care and prudence, but due to circumstances or events beyond the taxpayer’s control, he/she was unable to meet the tax requirement.

Because the failure-to-file penalty is generally more than the failure-to-pay penalty, you should file your tax return on time each year, even if you’re not able to pay all of the taxes that you owe by the due date. You can reduce additional interest and penalties by paying as much as you can with your tax return.

Special penalty relief is available to some victims of the recent severe storms in parts of the South and Midwest, as well as for those affected by the Boston explosions tragedy.

If you didn’t timely file your return or pay the tax that was due by the April 15 deadline, you are encouraged to contact one of our professionals as soon as possible in order to review your options to minimize your penalties and interest. Together, we can explore other payment options, such as loans and installment agreements, or even offers in compromise, if you are unable to pay the tax.

REDUCED SS WITHHOLDING RATE FOR 2011 ONLY

A BREAKDOWN OF THE PROPOSED IRS 1040 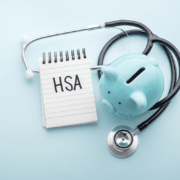 Health Savings Accounts (HSAs): What You Need to Know 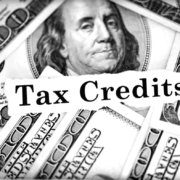 Employers, Don't Miss Out on the Work Opportunity Credit (WOTC)

LEAVE YOUR BUSINESS TO YOUR FAMILY – NOT THE GOVERNMENT

ARE YOU COLLECTING THE NEEDED W-9S?
Scroll to top