Tax reform has limited the federal itemized deduction for state income and local government taxes (including property taxes), collectively referred to as the SALT deduction, to $10,000 a year. This set off a firestorm of protests from the capitals of states with high state income and property taxes. Many called it political retribution by the Republican-controlled Congress against blue states.

As it turns out, CA, CT, NJ and NY are among the states with the nation’s highest combined state income and property taxes, and they happen to be blue states. As a result, the legislatures in these states have passed or are working on legislation at the state level to circumvent the federal $10,000 limit on SALT deductions by transforming tax deductions into charitable deductions through some clever legislation.

New Jersey and New York have already passed legislation that permits local governments to establish charitable bodies, to which their taxpayers can contribute and, in turn, receive credit against their state’s taxes, thus converting what would be a tax payment into fully deductible charitable contributions. For New Jersey, the credit against tax is 90% of the charitable contribution; for New York, it is 85%. Connecticut has a similar program, and California has one working its way through the legislature.

Note that in the example, it is costing the taxpayer $750 (15% of the $5,000) – the difference between the charitable contribution and the tax credit – to buy the tax benefit. Thus, this work-around does not benefit lower-income taxpayers who are in the 10 or 12 percent tax brackets, since it is costing them $750 to acquire the benefit but their federal tax savings at the 12% tax rate would only be $600 (12% of $5,000).

The U.S. Treasury recently put these states on notice that regulations would be released that would essentially nullify these states’ efforts to circumvent the federal tax law, and on August 23, the IRS released proposed regulations that would essentially squash these attempts. The proposed regulations would limit the charitable deduction to the difference between the amounts contributed to the charitable fund and the credit received against taxes, effective for contributions made after August 27, 2018.

Out of concern for already existing programs in a number of states that provide state tax credits for charitable, education and other public benefit programs, the proposed regulations include a de minimis exception by allowing a dollar-for-dollar state tax deduction or tax credit if the deduction or credit is no more than 15% of the contribution or, if property is contributed, no more than 15% of the value of property.

Example: A taxpayer who makes a $1,000 contribution to a qualified charitable entity will not be required to reduce the $1,000 federal charitable deduction if the state or local tax credit is no more than $150.

We have certainly not heard the end of this issue. Governor Cuomo of New York has been very vocal on the issue, calling it politically motivated, and has spearheaded a lawsuit by four states to have the SALT limitation struck down, although legal experts see little chance that the lawsuit will have any success.

Taxpayers in states and jurisdictions offering the work-arounds should carefully consider whether or not to participate, especially in light of the proposed regulations. If you have questions, please call this office. 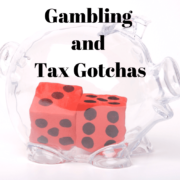 YOUR TAX DOCUMENTS SHOULD BE ARRIVING SOON 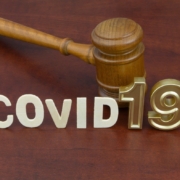 Finally, The COVID Relief Package Is Law. What Does That Mean for You?