A frequent question that arises is: Can I deduct the cost of my work clothing on my tax return? The answer to that question is “maybe.” The IRS provides the following guidelines for when expenses for work clothes are deductible:

1) They are worn as a condition of employment, AND

2) The clothing is not suitable for everyday wear.

The following are examples of workers who may be able to deduct the cost and upkeep of work clothes: delivery workers, firefighters, health care workers, law enforcement officers, letter carriers, professional athletes, and transportation workers (air, rail, bus, etc.). Note that those types of occupations usually require uniform-type clothing, which is generally deductible if required by the employer.

Musicians and entertainers can deduct the cost of theatrical clothing and accessories if they are not suitable for everyday wear. The IRS contends that white bib overalls and standard shoes, such as a painter might wear, are not distinctive in character or in the nature of a uniform, so they are not deductible.

Generally, when deciding whether costs to purchase and maintain clothing are eligible to be deducted, the courts use an objective test that makes no reference to the individual taxpayer’s lifestyle or personal taste. Instead, the courts in considering whether clothing is adaptable for personal or general use look to what is generally considered ordinary street wear.

For example, in a recent Tax Court case, the court held that a salesman for Ralph Lauren who was required to purchase and wear the designer’s apparel while representing the company couldn’t deduct the cost of such clothing. The court found that the clothing was clearly suitable for regular wear and therefore not deductible.

Please contact this office if you have any questions about the deductibility of work clothing. 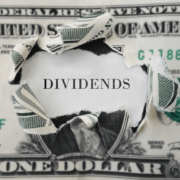 Is Your Corporation Eligible for the Dividends-Received Deduction? 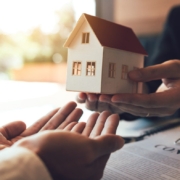 What Are the Tax Benefits and Drawbacks of Home Ownership?
0 replies

THINKING OF CONVERTING YOUR HOME TO A RENTAL? BETTER READ THIS FIRST