If you are suddenly in need of a substantial amount of cash, probably the last thing you should do is tap your retirement funds. They are the key to a financially comfortable retirement. The younger you are, the less likely you are to think about saving for retirement, but you certainly don’t want to end up living off of only Social Security. However, there are times when there might not be any other alternative than dipping into your 401(k), IRA or other retirement plan. In that case, you have to be concerned not only with any tax liability, but also early withdrawal penalties if the funds are withdrawn before reaching age 59 1/2 Plus, some distributions may only be partially taxable and some not taxable at all, while others are fully taxable.

Like everything in the U.S. tax code, the rules relating to pension or other retirement plan distributions are complicated and governed by a variety of provisions. This article describes these various rules so you can see how they would apply to a withdrawal you might be contemplating.

Roth IRA – Contributions to a Roth IRA are made with post-tax dollars. However, unlike a traditional IRA, the contributions are not deductible because the distributions from a Roth IRA that meet a five-year aging requirement and are distributed after age 59 1/2 are tax-free. These IRAs were designed so that their investment earnings would be tax-free when the individual retires. However, the original contributions, excluding the earnings and traditional IRA-to-Roth conversions that have not met the five-year aging rule, can be withdrawn at any time without any tax or penalty consequences. The primary benefit of a Roth IRA is the tax-free investment earnings accumulation.

Qualified Plans – Generally, contributions to employer-sponsored qualified plans, including 401(k)s, simplified employee pension plans (SEPs), SIMPLE plans, tax sheltered annuities and others are made with pre-tax dollars and distributions are taxable and subject to the 10% early withdrawal penalty if withdrawn before age 59 1/2. However, some plans may offer a Roth option wherein the contributions are made with post-tax dollars; in these arrangements, the tax treatment is the same as a Roth IRA.

The following retirement withdrawal options are taxable as described above, and penalty free. Distribution not meeting one of the following options will be subject to the 10% early withdrawal penalty in addition to any tax liability.

Early Retirement – This form of retirement essentially allows a taxpayer to retire early and take penalty-free withdrawals before reaching age 59 1/2 For qualified plans, this exception applies only for distributions that begin after the taxpayer separates from service. To qualify for early retirement and avoid the 10% early withdrawal penalty, the payments:

Example: Dan began taking eligible payments at age 56 on December 1, 2017. He may not take a different distribution or alter the amount of the payment until December 1, 2022, even though his fifth payment was taken on Dec. 1, 2021.

Example: Sue began taking substantially equal periodic payments on December 1, 2011. She turns 59 1/2 on July 1, 2018. She may not take a different distribution or alter the amount of the payment until July 1, 2018.

Disability – If a taxpayer becomes disabled before reaching age 59 1/2, any amounts withdrawn because of the disability are not subject to the 10% additional tax. A taxpayer is considered disabled if the taxpayer can furnish proof that he/she cannot perform any substantial gainful activity because of the physical or mental condition. A physician must determine either that the taxpayer’s condition is expected to result in death, or is expected to be of a long, continued and indefinite duration.

Although it is never a good idea to tap retirement funds before actually retiring, the tax code does provide exceptions to the early distribution penalty where there are special financial needs. But keep in mind the tax on the distributions as discussed at the beginning of this article still applies, so make every attempt to look for other sources of funds whenever possible.

Unreimbursed Medical Expenses Exception – Amounts withdrawn to pay unreimbursed medical expenses during the year that would be deductible on Schedule A and that exceed the percentage of AGI floor are exempt from penalty. This is true even if the taxpayer does not itemize and instead uses the standard deduction.

Qualified Reservist Distributions – These are amounts withdrawn from an IRA or attributable to elective deferrals under a 401(k) plan, 403(b) annuity, or certain similar arrangements made to individuals who (because they are members of a reserve component) are ordered or called to active duty for a period of more than 179 days or for an indefinite period, and the distribution was made during the period beginning on the date of the order or call to duty and ending at the close of the active duty period. These distributions can be paid back at any time during the two-year period beginning on the day after the end of the active duty period.

Medical Insurance Exception – These are amounts withdrawn from an IRA to pay for medical insurance for the taxpayer, spouse, and dependents. However, to qualify for this penalty exception the taxpayer must have lost his/her job, received unemployment compensation for 12 consecutive weeks, and the withdrawals must be made no later than 60 days after being reemployed.

Higher Education Expense Exception – Withdrawals made from an IRA during the year for qualified higher education expenses not otherwise paid for by other means for the taxpayer, spouse or children or grandchildren. However, for this exception to apply, the withdrawal must be in the same year as the education expense was paid.

First-Time Homebuyer Exception – Withdrawals made from an IRA up to a maximum of $10,000 for the purchase of a home. For a married couple, the $10,000 limit applies separately to each spouse. To qualify for this exception, all of the following requirements must be met:

There are other requirements; be sure to contact this office for additional details.

Other Situations in Which the Penalty Is Waived

There also are other situations that may be encountered for which the early withdrawal penalty is waived.

Beneficiary Exception – Amounts distributed to a taxpayer’s beneficiary or estate after the taxpayer’s death are exempt from the early withdrawal penalty. However, if a decedent’s spouse chooses to treat the distribution as his/her own and later receives a distribution before reaching age 59 1/2, the later distribution may be subject to the penalty.

Distribution as Result of an IRS Levy – Hopefully this exception will never apply, but if it does, the amount actually levied from a qualified plan or IRA to pay back taxes is not subject to the 10% penalty. However, the exception does not apply to amounts withdrawn in the absence of the levy or to release a levy on a separate property.

Qualified Domestic Relations Order (QDRO) – A QDRO is a judgment, decree, or court order that may contain certain specific information related to division of retirement benefits of a divorcing couple. A spouse or former spouse who receives retirement benefits from a participant’s plan under a QDRO must report the payments just as though he/she were the plan participant. The early distribution penalty does not apply, regardless of the alternate payee’s age. If the recipient spouse rolls over the distribution to an IRA, or there is a direct trustee-to-trustee transfer, the recipient spouse will not be taxed currently on the plan benefits received under the QDRO, but distributions from the IRA before that spouse is age 59 1/2 will be taxed and subject to the 10% penalty unless one of the other exceptions applies. 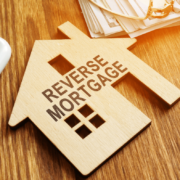 The Reverse Mortgage: A Cash Flow Solution for Seniors 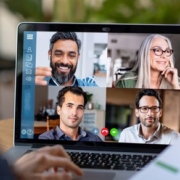 Are SIMPLE and SEP Plans the Right Options for Your Small Business?
0 replies

ARE YOU PAYING OUTSTANDING MEDICAL OR DENTAL BILLS AT YEAR-END?
Scroll to top