The GOP’s framework for tax reform is big news right now, but most newscasters can’t seem to get the facts straight. So, here is a little round-up of the proposed changes affecting individual tax returns, but keep in mind these are proposals and not law until passed by Congress and signed by the president. In addition, there is controversy around some of the proposed changes, so we can expect any tax reform legislation, if passed, to be different from the original framework described here.

Based on comments by administration insiders as well as the amount of details that need to be worked out, even if passed, it is unlikely that the changes will apply retroactively to 2017.

First, let’s consider how things are done now and how the proposed tax reform would change them. To determine taxable income, we begin with adjusted gross income (AGI), which includes all of a taxpayer’s income and allowable losses. From the AGI, the taxpayer’s deductions (either a standard allowance or itemized) and exemptions are deducted to arrive at the taxable income. It is the deductions and exemptions where a significant change is being proposed.

Standard Deductions – Under the GOP’s proposed changes, the standard deduction would be increased as shown:

But before you get too excited, under the GOP’s framework, you would no longer be able to also deduct personal exemptions, currently worth $4,050 for each taxpayer and each dependent. Combining the exemptions with the standard deduction is an attempt at simplifying the tax law. To understand how this would play out, let’s compare taking the standard deduction under the current regime to that of the proposed change for a variety of family combinations.

As you can see, the proposed change favors a smaller family size, but this is supposed to be compensated for with a larger and partially refundable child tax credit, as discussed below.

Under the proposed changes, the additional standard deduction currently allowed for individuals age 65 and over and for those who are blind appears to no longer apply. In addition, there is no provision for taxpayers filing as head of household, so presumably they would be filing as single.

Itemized Deductions – Itemized deductions will be severely curtailed under the proposal, limiting them to home mortgage interest and charitable contributions. However, this part of the proposal has already come under heavy flack for a number of reasons, one of which is that state and local income taxes would no longer be deductible by individuals residing in states with income tax. This is not sitting well with Congressional members from states with income tax, especially those from CA, NJ and NY – states with the highest state and local taxes. The real property tax deduction would also be repealed, which is proving to be another contentious change. Medical Deductions – The deduction for medical expenses also would no longer be allowed. This could have a devastating impact on taxpayers burdened with high unreimbursed medical costs, especially those fighting cancer and those who have a disabled child or family member.

Casualty Losses – Itemized deductions currently include casualty losses, but it is highly unlikely, especially in light of the recent hurricane disasters, that casualty losses will actually be cut from the tax code. We can probably expect casualty losses to be accommodated in one way or another after the dust settles.

Child Tax Credit (CTC) – The proposed changes enhance and simplify the child tax credit to make up for the loss of an exemption deduction for dependents. To do this, the CTC will be increased (the amount of the increase has not been specified at this time), and the first $1,000 of the CTC would be refundable. In addition, the proposal adds a $500 non-refundable credit for other dependents who would not meet the child criteria. The proposal expects that the current income amounts at which the child credit begins to phase out will be increased so that the credit will be available to more middle-income families.

Work, Education and Retirement Benefits – According to the GOP tax reform documents, numerous other exemptions, deductions and credits for individuals riddle the tax code. The framework envisions the repeal of many of these provisions to make the system simpler and fairer for all families and individuals, and allow for lower tax rates. However, the framework retains tax benefits that encourage work, higher education and retirement security. The Congressional committees are being encouraged to simplify these benefits to improve their efficiency and effectiveness. An aim of tax reform will be to maintain or raise retirement plan participation by workers and the resources available for retirement.

AMT and Estate Tax – Also biting the dust if the GOP plan makes it through Congress would be the alternative minimum tax (AMT) for individuals, the death tax (estate tax) and the generation-skipping transfer tax.

But keep in mind that these are only proposed changes, and there is no guarantee they will actually become law. If you have any questions, please give this office a call.

THEY ARE PHISHING YOU. DON'T TAKE THE BAIT! 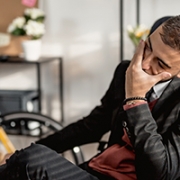 WHAT HAPPENS IF YOU MADE A MISTAKE ON YOUR TAX RETURN?

DEDUCTING STARTUP COSTS FOR YOUR NEW BUSINESS AT TAX TIME

WHAT IS A REQUIRED MINIMUM DISTRIBUTION?

THE OCTOBER 16TH INDIVIDUAL TAX DEADLINE IS UPON US.