If you are turning 70 1/2 this year, you may face a number of special tax issues. Not addressing these issues properly could result in significant penalties and filing hassles.

The IRS will generally wave the penalty for non-willful failures to take your RMD, provided you have a valid excuse and the under-distribution is corrected.

As you can see, turning 70 1/2 can complicate your tax situation. If you need assistance with any of the issues discussed here, or need assistance computing your RMD for the year, please give this office a call. 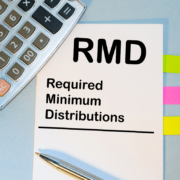 End of Year Reminder: Time is Running Out to Take Your 2022 RMD

CARING FOR AN ELDERLY OR INCAPACITATED INDIVIDUAL