Ever tried to read an article or blog about a tax issue only to get so mired in terms and acronyms that you gave up halfway through? Taxation has its own language and learning to speak the language is key when you’re looking to really delve into any issue related to taxes. If you’re 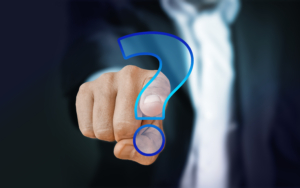 discussing taxes, reading tax-related articles, or interpreting instructions, you need to understand the lingo and acronyms used by tax professionals and authors to be able to grasp what they are saying. It can be difficult to understand tax strategies if you are not familiar with the basic terminologies used in taxation. So, Fiducial has compiled a list of the basics associated with the most frequently encountered tax terms.

o pay more than half the cost of maintaining a separate household that was the main home for a dependent parent for the entire year.

A married taxpayer may be considered unmarried for the purpose of qualifying for head of household status if the spouses were separated for at least the last six months of the year, provided the taxpayer maintained a home for a dependent child for over half the year.

Surviving spouse (also referred to as qualifying widow or widower) is a rarely-used status and only for a taxpayer whose spouse died in one of the prior two years and who has a dependent child at home. Joint rates are used. In the year the spouse passes away, the surviving spouse may file jointly with the deceased spouse if not remarried by the end of the year. In rare circumstances, for the year of a spouse’s death, the executor of the decedent’s estate may determine that it is better to use the married separate status on the decedent’s final return, which would then also require the surviving spouse to use the married separate status for that year.

(1) Has the same principal place of abode as the taxpayer for more than half of the tax year except for temporary absences;
(2) Is the taxpayer’s son, daughter, stepson, stepdaughter, brother, sister, stepbrother, stepsister, or a descendant of any such individual;
(3) Is younger than the taxpayer;
(4) Did not provide over half of his or her own support for the tax year;
(5) Is under age 19, or under age 24 in the case of a full-time student, or is permanently and totally disabled (at any age); and
(6) Was unmarried (or if married, either did not file a joint return or filed jointly only as a claim for refund).

o The standard deduction is not allowed for the AMT, and a person subject to the AMT cannot itemize for AMT purposes unless he or she also itemizes for regular tax purposes. Therefore, it is important to make every effort to itemize if subject to the AMT.

o Nontaxable interest from private activity bonds is tax free for regular tax purposes, but some is taxable for the AMT.

o Statutory stock options (incentive stock options) when exercised produce no income for regular tax purposes. However, the bargain element (difference between grant price and exercise price) is income for AMT purposes in the year the option is exercised.

o Depletion allowance in excess of a taxpayer’s basis in the property is not allowed for AMT purposes.

A certain amount of income is exempt from the AMT, but the AMT exemptions are phased out for higher-income taxpayers.

Your tax will be whichever is the higher of the tax computed the regular way and by the Alternative Minimum Tax. Anticipating when the AMT will affect you is difficult, because it is usually the result of a combination of circumstances. In addition to those items listed above, watch out for transactions involving limited partnerships, depreciation, and business tax credits only allowed against the regular tax. All of these can strongly impact your bottom-line tax and raise a question of possible AMT. Fortunately, due to tax reform that the increased AMT exemption amounts and set higher thresholds before the exemption is phased out, fewer taxpayers are now paying AMT. Tax Tip: If you were subject to the AMT in the prior year, you itemized your deductions on your federal return for the prior year, and had a state tax refund for that year, part or all of your state income tax refund from that year may not be taxable in the regular tax computation. To the extent that you received no tax benefit from the state tax deduction because of the AMT, that portion of the refund is not included in the subsequent year’s income.

o Earned Income Credit – This is a refundable credit for a low-income taxpayer with income from working either as an employee or a self-employed individual. The credit is based on earned income, the taxpayer’s AGI, and the number of qualifying children. A taxpayer who has investment income such as interest and dividends in excess of $3,600 (for 2019) is ineligible for this credit. The credit was established as an incentive for individuals to obtain employment. It increases with the amount of earned income until the maximum credit is achieved and then begins to phase out at higher incomes. The table below illustrates the phase-out ranges for the various combinations of filing status and earned income and the maximum credit available.

o Residential Energy-Efficient Property Credit – This credit is generally for energy-producing systems that harness solar, wind, or geothermal energy, including solar-electric, solar water-heating, fuel-cell, small wind-energy, and geothermal heat-pump systems. These items qualify for a 30% credit with no annual credit limit. Unused residential energy-efficient property credit is generally carried over through 2021.The credit rate reduces to 26% in 2020 and 22% in 2021. The credit expires after 2021.

If you had a significant change in income during the year, Fiducial can assist you in projecting your tax liability to maximize the tax benefit and delay paying as much tax as possible before the filing due date.

Fiducial can assist you with all of your tax planning needs. Give us a call at 1-866-FIDUCIAL or make an appointment to meet with a Fiducial representative at one of our office locations.

Tax Return Question: Are You Required to File a Tax Return?
Scroll to top