Have you have purchased, owned, sold, gifted, made purchases with, or used cryptocurrency in business transactions? Then there are certain tax issues you need to know about. Unfortunately, the IRS has left questions unanswered and offered little specific guidance other than in Notice 2014-21 and Revenue Ruling 2019-24. Fiducial includes in this article guidance from the Notice as well as general tax principles that apply.

Example A: Taxpayer buys Bitcoin (BTC) so he can make online purchases without the need for a credit card. He buys a partial BTC for $2,425 and later uses it to buy goods worth $2,500 (let’s say the partial BTC was trading at $2,500 at the time he purchased the goods). He has a $75 ($2,500 – $2,425) reportable capital gain. This is the same result that would have occurred if he had sold the BTC at the time of the purchase and used cash to purchase the goods.

On the bright side, for most individuals, the IRS generally treats cryptocurrency as a capital asset. Therefore, any gain is a capital gain. If an owner holds the asset for more than a year, any gain will be taxed at the more favorable long-term capital gains rates. What if the cryptocurrency is being held as an investment and the sale results in a loss? Then the loss may be deductible. Capital losses first offset capital gains during the year. If a loss remains, taxpayers may take a $3,000-per-year loss deduction against other income, with a carryover to the succeeding year(s) if the net loss exceeds $3,000.

If you don’t understand how cryptocurrencies function here is a brief explanation.

Who Keeps Track of Cryptocurrency Ownership and Transactions?

Blockchain is a system of recording information in a way that makes it difficult or impossible to change, hack, or cheat the system and provides seamless peer-to-peer transactions around the world. A blockchain is essentially a digital ledger of transactions duplicated and distributed across the entire network of computer systems on the blockchain. We refer to those who maintain these digital ledgers as miners.

How Many Cryptocurrencies Are There?

What Is Cryptocurrency Mining?

Mining is the process by which new blocks of cryptocurrency are inserted into circulation and the way that new transactions are confirmed by the network. Mining is a critical component of the maintenance and development of the blockchain ledger. It requires sophisticated hardware that solves extremely complex math problems.

The computer that finds the solution to the problem receives the next block (files where data pertaining to the cryptocurrency network are permanently recorded). Then, the process begins again. Miners receive rewards for their efforts in cryptocurrency.

For tax purposes, the IRS in their guidance have determined that miners are operating a trade or business. The value of the cryptocurrency earned (determined in U.S. dollars at the time of the transaction) is included in the gross income of that business. The IRS treats the business’ profit the same way it does for any other business – taxed as ordinary income and subject to self-employment tax.

What Is a Cryptocurrency “Hard Fork”?

In October 2019 the IRS released cryptocurrency guidance (Revenue Ruling 2019-24) that explains that a taxpayer:

According to the IRS, taxpayers who received Bitcoin Cash as a result of the 8/1/2017 Bitcoin hard fork received ordinary income because the taxpayers had an “accession to wealth.” Further, the date of receipt and fair market value included in income depends on when the taxpayer obtained dominion and control over the Bitcoin Cash.

Why Is Cryptocurrency Appealing to Some?

Cryptocurrencies appeal to their supporters for a variety of reasons.

o Supporters see cryptocurrencies such as Bitcoin as the currency of the future. They are racing to buy them now, presumably before they become more valuable.

o Other people like the fact that cryptocurrency removes central banks from managing the money supply, since over time these banks tend to reduce the value of money via inflation.

o Some folks like the technology behind cryptocurrencies, the blockchain, because it’s a decentralized processing and recording system and can be more secure than traditional payment systems.

o Speculators like cryptocurrencies because they’re going up in value and have no interest in the currencies’ long-term acceptance as a way to move money.

How to Determine the Value of Cryptocurrency

Contrast that to a well-managed business, which increases its value over time by growing the profitability and cash flow of the operation. Some notable voices in the investment community have advised would-be investors to steer clear of cryptocurrencies. Warren Buffett once compared Bitcoin to paper checks: “It's a very effective way of transmitting money and you can do it anonymously and all that. A check is a way of transmitting money too. Are checks worth a whole lot of money? Just because they can transmit money?"

Here is some guidance that applies to specific issues:

First In – First Out (FIFO)

When trading stocks investors who purchase various stock lots at different times and for different costs can choose which stocks they are selling for a specific transaction. This gives them the ability to minimize their taxable gains. Brokerage firms generally have the capability to identify blocks of stock. This does not seem to be the case for cryptocurrencies and the IRS has not provided any guidance. Thus, it would seem cryptocurrencies would be traded FIFO.

Under currently applicable law, the IRS does not treat cryptocurrency as currency that could generate foreign currency gain or loss, for U.S. federal tax purposes.

The Treasury Department's Financial Crimes Enforcement Network (FinCEN) requires reporting of certain foreign bank and financial accounts. Taxpayers must file the FBAR report with that agency rather than the IRS.

Through the filings for 2020, cryptocurrency transactions have not been required to be reported on the FBAR. However, in January 2021, FinCEN said that it intends to propose to amend the regulations implementing the Bank Secrecy Act regarding FBARs to include virtual currency as a type of reportable account. No further details have been announced so far.

When employees receive payments of cryptocurrency, the usual payroll withholding and reporting rules still apply. The employee must also be issued a W-2. All amounts are reported in U.S. dollars.

If independent contractors receive compensation of cryptocurrency more than the equivalent of U.S. $600 (as determined on the date of the payment), the government must receive a report of the payment through form 1099-NEC. Payments, whether more than $600 or not, are includable in the independent contractor’s business income and profits are subject to both income tax and self-employment income tax.

Instead of selling the cryptocurrency and donating the after-tax proceeds, a taxpayer can donate it directly to a charity. If the virtual currency has been held longer than one year, this approach provides significant tax benefits:

o The tax deduction will be equal to the fair market value of the donated cryptocurrency (as determined by a qualified appraisal). The donor will not pay tax on the gain.

o This also results in a larger donation because, instead of paying capital gains taxes, the charity will receive the full value of the donation.

Taxpayers who do not properly report the income tax consequences of virtual currency transactions are liable for the tax, penalties and interest. In some cases, taxpayers could be subject to criminal prosecution.

To further the IRS’ efforts to flush out taxpayers who may have cryptocurrency reporting requirements, a Yes/No question has been included on Form 1040 asking taxpayers whether they received, sold, exchanged, or otherwise disposed of any financial interest in any virtual currency during the tax year.

When signing their return, a taxpayer attests under penalties of perjury to have a “true, correct and complete” return. Taxpayers who answered the cryptocurrency question “no,” and the IRS finds that they actually had reportable virtual currency transactions, could be subject to significant penalties.

Have questions related to your involvement with cryptocurrency? Call Fiducial at 1-866-FIDUCIAL or make an appointment at one of our office locations to discuss your situation. 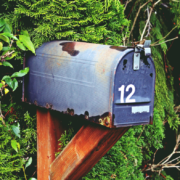 Is that IRS Letter a Tax Scam or Something You Need to Address? 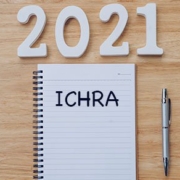 IRS Issues Final Regs on ICHRAs. Here’s What You Need to Know 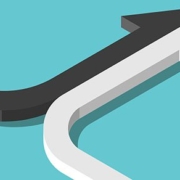 THE IRS IS ATTACKING THE MEDICAL MARIJUANA BUSINESS
Hit With a Tax Penalty? Here Are a Few to Watch Out For