If you are receiving Social Security, then you have just recently received your annual letter from the Social Security Administration letting you know that your Social Security benefits for 2020 have increased by 1.6 percent as a result of a rise in the cost of living. The letter also lets you know how much will be withheld from your monthly retirement benefit for Medicare Parts B (medical insurance) and D (Prescription Drug Plan). But do you know what your Part B and Part D benefits are based upon? And are you aware that the net amount that you receive each month may actually decrease this year? So, while it may be good news that you’ll be getting a cost-of-living increase this year, you may not see that reflected in your monthly checks. If you’re confused by that, let Fiducial break down the fine print for you.

Not everyone realizes their Part B and Part D benefits are based upon their modified adjusted gross income (MAGI) from two years prior. This means the premiums for 2020 are actually based on your MAGI for 2018. The MAGI for making the adjustment is the federal AGI plus the following:

*The increases for a married taxpayer who lived with his or her spouse at any time during the year and files a separate return are:

**The monthly Part D surcharge is in addition to the drug plan’s premium. 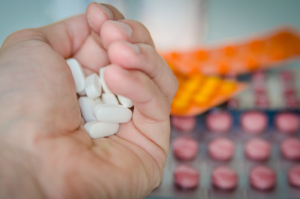 These increases in premiums should get your attention because you might discover that even though your monthly Social Security benefits increased because of inflation, the net amount you receive may actually be less per month because of increases in Medicare Part B and D premiums. Such increases are attributable to increased MAGI in 2018, but one might encounter a hidden source of income. This applies to recreational gamblers whose winnings are included in their MAGI but whose losses are an itemized deduction. Thus, even though the overall result may be a loss, the MAGI is increased by the full amount of the gambling winnings, thus possibly causing increases in the Medicare Part B and D premiums.

On the other hand, if 2017 had been a high-income year and your income in 2018 was substantially less, your 2020 Medicare Part B and D premiums may be less than they were in 2019, resulting in a larger net monthly check.

The letter you received from the Social Security Administration does include an appeal process if you disagree with the Social Security Administration’s decision to increase your premiums. However, this appeal must generally be made within 60 days after receipt of the letter. Unfortunately, an increase in your 2018 MAGI that put you into the surcharge range for 2020 and was a result of capital gains due to a one-time sale of real property or stock isn’t a valid reason for an appeal.

If you have questions related to your Social Security benefits and their taxation, call Fiducial at 1-866-FIDUCIAL or make an appointment at one of our office locations. There are often planning strategies that may lessen the tax bite and premium costs, and your Fiducial representative will be able to explain your options and choose the best one for you.