There are different types of IRS penalties that can be assessed against you. The most common penalties include those for failing to file a tax return, filing your return late, or accuracy-related penalties if you didn’t correctly state items on your tax return. But were you aware that sometimes the IRS can issue a penalty abatement if you believe you’ve been penalized unfairly? No? Well, let Fiducial explain.

Civil penalties for underpayment, late filing, or erroneous inaccuracy may be eligible for abatement. However, criminal penalties for tax protest and willful violations of the law are not. So, if you were trying to make a political statement, the IRS is not interested and would like you to pay your penalty. All others may get in line.

There is also the first-time penalty administrative waiver program (FTA) that applies in certain cases. Here’s what you need to know about successfully fighting IRS penalties and determining eligibility for the waiver program.

What a Penalty Abatement Does NOT Include

It doesn't matter whether you are trying to secure an ordinary penalty abatement or relief under the FTA program. IRS penalty abatement procedures are only for the penalties themselves. They do not include interest on unpaid taxes, the amount of the taxes themselves, or any related processing fees such as installment agreement setup charges.

If your abatement request is successful, only the interest charged on the penalty would be abated. Any interest on unpaid taxes would not be abated.

The failure-to-file penalty kicks in if you file your tax return late or not at all. It is based on 5% of your unpaid taxes every month (up to 25% of your total balance due). The best way to avoid this penalty is to file for a six-month extension prior to the tax filing deadline if you don’t think you’ll get your return filed on time. The extension won’t waive interest, taxes, or penalties for failure to pay or deposit. It will, however, eliminate the failure-to-file penalty, which is much higher. So, if you think a timely tax return is impossible, file your extension now.

The IRS will consider penalty abatement requests provided that you have reasonable cause for not being able to file or pay your taxes in a timely manner. Valid hardships include such things as hospitalization, natural disasters, or fleeing domestic violence. These are factored into reasonable cause to get certain civil penalties waived.

Failure-to-pay penalties result from having an unpaid balance due, with 0.5% being charged every month. Lacking funds to pay your taxes doesn’t necessarily equate to hardship to file your tax return on time or pay your tax bill. However, if you have a continuous lack of funds due to disability or chronic illness, a death in the family, or similar hardships, you may be eligible for a penalty abatement for the failure-to-pay penalty. Think this applies to you? Ask your Fiducial rep for more info!

Under the FTA program, you can have failure-to-file, failure-to-pay, and failure-to-deposit penalties waived if you were never assessed penalties in the past three tax years or had them relieved because of reasonable cause. Estimated tax penalty (deposit penalty), as is common with self-employed taxpayers, is the only allowable penalty to bear.

You must also be current on all of your current tax returns or extensions and have paid any taxes due (or arrangements like payment plans). If your charges include failure-to-pay penalties, it’s a good idea to wait until you’ve paid the entire balance before requesting FTA waivers since you don’t need to prove hardship and can get more waived.

FTA waivers are the best option if you meet the above requirements. This request takes less time to process than ordinary penalty abatement because you don’t need to establish reasonable cause or hardship.

Need advice on whether or not you qualify for a penalty abatement? Fiducial can help. Make an appointment at one of our office locations or call Fiducial at 1-866-FIDUCIAL. Ready to book an appointment now? Click here. Know someone who might need our services? We love referrals! 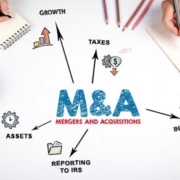 M&A Transactions: Be Careful When Reporting To the IRS

I DIDN'T FILE MY TAX RETURN; NOW WHAT?

MUST I, OR SHOULD I, FILE A TAX RETURN? 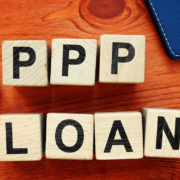 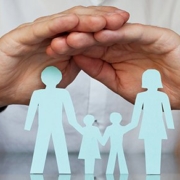 Tax Benefits and Kids: If Your Kids Work, You May Get a Tax Break
Scroll to top