Tax reform eliminated the deduction for casualty losses but did retain a deduction for losses within a disaster area. With the wild fires in the west, hurricanes and flooding in the southeast and eastern seaboard we have had a number of presidentially declared disaster areas this year. If you were an unlucky victim and suffered a loss as a result of a disaster, you may be able to recoup a portion of that loss through a tax deduction. If the casualty occurred within a federally declared disaster area, you can elect to claim the loss in one of two years: the tax year in which the loss occurred or the immediately preceding year.

By taking the deduction for a 2018 disaster area loss on the prior year (2017) return, you may be able to get a refund from the IRS before you even file your tax return for 2018, the loss year. You have until the unextended due date of the 2018 return to file an amended 2017 return to claim the disaster loss. Before making the decision to claim the loss in 2017, you should consider which year’s return would produce the greater tax benefit, as opposed to your desire for a quicker refund.

If you elect to claim the loss on either your 2017 original or amended return, you can generally expect to receive the refund within a matter of weeks, which can help to pay some of your repair costs.

If the casualty loss, net of insurance reimbursement, is extensive enough to offset all of the income on the return, and results in negative income, you may have what is referred to as a net operating loss (NOL). Because tax reform changed how NOLs are treated after 2017 your decision whether to claim the loss in the current year or the prior year will have significant tax ramifications.

Casualty losses are deductible only to the extent they exceed $100 plus 10% of your adjusted gross income (AGI). Thus, a year with a larger amount of AGI will cut into your allowable loss deduction and can be a factor when choosing which year to claim the loss.

For verification purposes, keep copies of local newspaper articles and/or photos that will help prove that your loss was caused by the specific disaster.

As strange as it may seem, a casualty might actually result in a gain. This sometimes occurs when insurance proceeds exceed the tax basis of the destroyed property. When a gain materializes, there are ways to exclude or postpone the tax on the gain.

If you need further information on disaster losses, your particular options for claiming the loss, or if you wish to amend your 2017 return to claim your loss, please give this office a call.

SO LONG TO THE TAX DEDUCTION FOR INVESTMENT EXPENSES 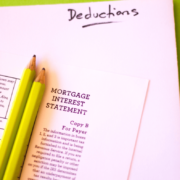 Wondering Which Types of Interest Are Deductible for Taxes?

TAX REFORM AND YOUR TAXES

MAKE THE MOST OF YOUR DEDUCTIONS 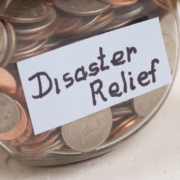 Were You the Victim of a Qualified Disaster? There Is Tax Relief Available
0 replies

IF YOU ARE A RECREATIONAL GAMBLER, HERE ARE SOME TAX ISSUES YOU NEED TO KNO...