Uncertainty dominates year-end tax planning this year. Unless Congress acts, the Bush-era tax cuts will expire and bring higher tax rates and the loss of many deductions and credits starting in 2013. More individuals will be snared by the alternative minimum tax, which has not been patched for 2012 as it has for many years in the past.

Even with the uncertainty, there are actions you can still take before the end of the year that can save a considerable amount of tax. Not all actions recommended in this article will apply to your particular situation, but you will likely benefit from many of them.

Maximize Education Tax Credits – If you qualify for either the American Opportunity or Lifetime Learning education credits, check to see how much you will have paid in qualified tuition and related expenses in 2012. If it is not the maximum allowed for computing the credits, you can prepay 2013 tuition as long as it is for an academic period beginning in the first three months of 2013. That will allow you to increase the credit for 2012.

Employer Health Flexible Spending Accounts – If you contributed too little to cover expenses this year, you may wish to increase the amount you set aside for next year. As a reminder, you can no longer set aside amounts to get tax-free reimbursements for over-the-counter drugs, and the maximum contribution for 2013 is $2,500.

Roth IRA Conversions – If your income is unusually low this year, you may wish to consider converting your traditional IRA into a Roth IRA. The lower income results in a lower tax rate, which provides you an opportunity to convert to a Roth IRA at a lower tax amount.

State Income Taxes – State income taxes paid during the year are deductible as an itemized deduction on your federal return. As long as pre-paying the state taxes does not create an AMT problem and you expect to owe state and local income taxes when you file your 2012 return next year, it may be appropriate to increase your withholding at your place of employment or make an estimated tax payment before the close of 2012, thereby advancing the deduction into this year.

Advance Charitable Deductions – If you regularly tithe at a house of worship, you might consider pre-paying part or all of your 2013 tithing, thus advancing the deduction into 2012. This can be especially helpful to individuals who marginally itemize their deductions, allowing them to itemize in one year and then take the standard deduction in the next.

Pay Tax-deductible Medical Expenses – For example, if you have outstanding medical or dental bills, paying the balance before year-end may be beneficial, but only if you already meet the 7.5% of the AGI floor for deducting medical expenses, or if adding the payments would put you over the 7.5% threshold. You can even use a credit card to pay the expenses, but you would only want to do so if the interest expense you’d incur is less than the tax savings. You might also wish to consider scheduling and paying for medical expenses, such as glasses, dental work, etc., before the end of 2012, since the medical floor is slated to increase to 10% of the AGI in 2013 for taxpayers under the age of 65.

Take Advantage of the Annual Gift Tax Exemption – You can give $13,000 in 2012 (increases to $14,000 in 2013) to each of an unlimited number of individuals, but you can’t carry over unused exclusions from one year to the next. The transfers also may save family income taxes when income-earning property is given to family members in lower income tax brackets who are not subject to the kiddie tax.

Avoid Underpayment Penalties – If you are going to owe taxes for 2012, you can take steps before year-end to avoid or minimize the underpayment penalty. The penalty is applied quarterly, so making a fourth-quarter estimated payment only reduces the fourth-quarter penalty. However, withholding is treated as paid ratably throughout the year, so increasing withholding at the end of the year can reduce the penalties for the earlier quarters. This can be accomplished with cooperative employers or by taking a non-qualified distribution from a pension plan, which will be subject to a 20% withholding, and then returning the gross amount of the distribution to the plan within the 60-day statutory limit. Please consult this office to determine if you will be subject to underpayment penalties (there are exceptions), and if so, the best strategy to avoid or minimize them.

Be Aware of Two New Health Care Taxes in 2013 – Both can have unexpected consequences. If you expect your 2013 income to exceed the thresholds at which one or both of the new taxes applies, and you are able to accelerate some of the income you anticipate for 2013 into 2012, it may be beneficial to do so.

Caution – There are additional factors to consider for a number of the strategies suggested above, and you are encouraged to contact this office prior to acting on any of the advice to ensure that your specific tax circumstances will benefit. 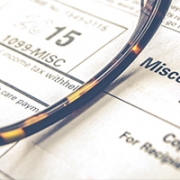 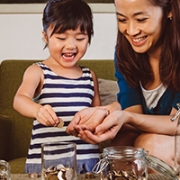 CARING FOR AN ELDERLY OR INCAPACITATED INDIVIDUAL
0 replies

EDUCATION CREDIT GOING AWAY IN 2013?
Scroll to top