There has been a great deal of media coverage related to the US Supreme Court upholding the Affordable Care Act, also known as the Health Care Law. The media coverage was generally political and failed to explain the details of how the law will impact individuals. If you are interested in political rhetoric as to whether it is a tax, penalty, or a forced purchase, look no further. The intent of this article is to explain how the Affordable Care Act will impact your pocketbook in 2013, when the healthcare taxes kick in, and in 2014, when the mandatory insurance requirement becomes effective. Here are the details for 2013:

Beginning in 2014, all U.S. citizens and legal residents, except for those who are exempt from the requirement, will have to maintain minimum essential health insurance coverage or pay a penalty. Generally, individuals who are covered by health insurance through their employers will have met the mandate. Impact: Lower income individuals and families not exempt from the requirement.

Those exempt from this requirement include low income individuals and families (for whom the cost of minimum required coverage exceeds 8% of their annual income), those not required to file a Federal tax return because their income is below the filing threshold, those who are unlawfully present in the United States, incarcerated individuals, Indian tribal members, religious objectors, and individuals with hardship waivers.

According to the American Health Benefit Exchange, by 2014, each state must establish an Exchange to help individuals and small employers obtain coverage. Benefit options will be in a standard format, and a single enrollment form will be used for all policies. Plans offered through an Exchange must provide essential health benefits, limit cost sharing, and provide specified accrual benefits (i.e., the percentage amount paid the insurer). Out-of-pocket deductibles are limited to the same amounts as the caps for Health Savings Accounts and are further limited to $2,000 ($4,000 for families) in the small group market. Plans in the individual and small group markets use a metallic designation for the accrual benefits provided:

The law provides a premium assistance credit for low-income families whose household income is at least 100%, but not more than 400% of the federal poverty line, and who do not receive health insurance under an employer plan, Medicaid, or other acceptable coverage. Based upon the 2011 poverty levels, the credit would phase out at $43,560 for individuals and $89,400 for a family of four. Eligibility for the premium assistance credit will be based on the individual’s income for the tax year ending two years prior to the enrollment period.

The credit, which will be paid by the government directly to the insurance company, is based on the taxpayer’s household income level relative to the federal poverty line. The calculation is computed on a sliding scale starting at 2.0% of income for taxpayers at or above 100% of the poverty line and phasing out to 9.5% of income for those at 400% of the poverty line. The reference premium will be the second lowest cost silver plan available in the individual market in the rating area in which the taxpayer resides.

The penalty for individuals required to purchase insurance who fail to do so will be phased in beginning in 2014 and will be fully implemented in 2016. The penalty for noncompliance is the greater of:

o The sum of the monthly penalty amounts for months in the taxable year during which 1 or more such failures occurred, or

o An amount equal to the national average premium for qualified health plans that have a bronze level of coverage, provide coverage for the applicable family size involved, and are offered through Exchanges for plan years beginning in the calendar year with or within which the taxable year ends.

Household income refers to the sum of the incomes of the taxpayer and all individuals accounted for in the family size required to file a tax return for that year. Income includes all tax-exempt interest and foreign earned income.

The penalty will be included on the taxpayer’s individual income tax return for each year in which the individual has not complied with the insurance coverage requirement. Although the IRS is charged with the responsibility of collecting the penalty, the law prohibits the IRS from jailing taxpayers or seizing their property if they fail to pay it.

If you have questions or would like to schedule a tax planning appointment, please give this office a call. 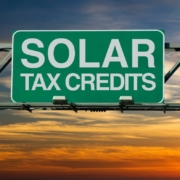 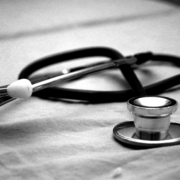 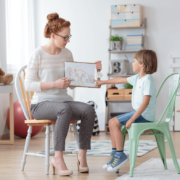 SHOULD INVESTMENTS BE KEPT IN A SAFE DEPOSIT BOX?