We spend most of our lives saving for retirement by putting funds away in tax-advantaged ways. But many of us forget about planning the withdrawals so that they are tax advantaged as well.

Although there are exceptions, retirement funds generally cannot be withdrawn until we are age 59.5. If taken out sooner there is a 10% penalty that applies in most cases (in addition there may be a state penalty).

A large number of taxpayers do not take distributions until they are forced to at age 70.5, not realizing they might benefit tax wise by taking money out sooner. For example, if you are in a low or zero tax-bracket this year, you can take a certain amount out with no or minimal tax cost. That is where planning your distributions can save a significant amount of tax dollars.

Once you reach age 70.5 you are required to begin taking the prescribed minimum distributions from your Traditional IRA and other qualified pension plans. But that does not mean you can’t withdraw more than the required amount. If your income is low, it may be appropriate to take more than the minimum to save taxes in the future. Unfortunately all too many people simply take the IRS specified minimum amount without considering the tax planning aspects of the distribution.

The penalty for not taking the required minimum distribution (RMD) after reaching age 70.5 is an additional tax of 50% of the amount that should have been taken that year, based upon the RMD rules. The good news is that the IRS will generally, upon request, waive the penalty, provided that you show a corrective distribution was made in the subsequent year. So if you have missed an RMD for the prior year you should seek professional assistance right away with regard to taking corrective action.

The RMD is determined by taking the IRA balance on December 31 of the prior year and dividing that total by your remaining life expectancy from the IRS table. If you have more than one IRA, figure the RMD for each one and then combine them to get the total required distribution for the year. (An owner of a Roth IRA is not required to take distributions at any age.)

If an IRA owner dies after reaching age 70.5, but before April 1st of the next year, no minimum distribution is required because death occurred before the required beginning date.

Special Note: The provision allowing a direct transfer from an IRA to a qualified charity to be counted towards the RMD for the year and to be excluded from income expired at the end of 2014. However, it has been previously extended twice late in the year. Taxpayers age 70.5 and older with IRA accounts making a sizable charity donation may wish to make the donation via a direct transfer to the charity from their IRA account in case Congress extends this provision for yet another year.

As you can see, there is more to the required minimum distribution than meets the eye, and there are some significant planning opportunities. Give this office a call if you have questions or would like to schedule a planning appointment. 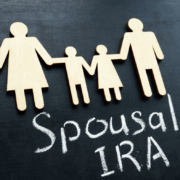 IF YOUR INCOME IS LOW THIS YEAR, THINK ABOUT CONVERTING YOUR TRADITIONAL IRA.

HAVE YOU TAKEN YOUR REQUIRED MINIMUM IRA DISTRIBUTION?

NOW THAT SAME-SEX MARRIAGE IS LEGAL IN ALL STATES, WHAT ARE THE TAX IMPLICA...
Scroll to top