The saver’s credit helps offset part of the first $2,000 workers voluntarily contribute to traditional or Roth Individual Retirement Arrangements (IRAs), SIMPLE-IRAs, SEPs, 401(k) plans, 403(b) plans for employees of public schools and certain tax-exempt organizations, 457 plans for state or local government employees, and the Thrift Savings Plan for federal employees. Also known as the retirement savings contributions credit, the saver’s credit is available in addition to any other tax savings that apply as a result of contributing to retirement plans.

2013 Credit Still Available for IRA Contributions – Unlike other workplace retirement plans, IRAs can be set up and funded after the end of the year. Thus, eligible workers still have time to make qualifying IRA contributions and get the saver’s credit on their 2013 tax return. People have until April 15, 2014, to set up a new IRA or add money to an existing IRA and still get credit for 2013.

Taxpayers with 401(k), 403(b), 457 and Government Thrift plans who were unable to set aside money for 2013 may want to schedule their 2014 contributions soon so their employer can begin withholding them in January. While these contributions won’t be eligible for the saver’s credit for 2013, they will qualify for 2014 for eligible individuals.

The saver’s credit can be claimed by:

Like other tax credits, the saver’s credit can increase a taxpayer’s refund or reduce the tax owed. Though the maximum saver’s credit is $1,000 ($2,000 for married couples), taxpayers are cautioned that it is often much less and, due in part to the impact of other deductions and credits, may, in fact, be zero for some taxpayers.

A taxpayer’s saver’s credit amount is based on his or her filing status, adjusted gross income, tax liability, and amount contributed to qualifying retirement programs. The saver’s credit supplements other tax benefits available to people who set money aside for retirement. For example, most workers may deduct their contributions to a traditional IRA. Though Roth IRA contributions are not deductible, qualifying withdrawals, usually after retirement, are tax-free. Normally, contributions to 401(k) and similar workplace plans are not taxed until withdrawn.

Certain retirement plan distributions reduce the contribution amount used to figure the credit. For 2013, this rule applies to distributions received after 2010 and before the due date (including extensions) of the 2013 return.

Begun in 2002 as a temporary provision, the saver’s credit has since been made a permanent part of the tax code.

If you have questions about how this tax benefit might apply in your situation, please give the office a call. 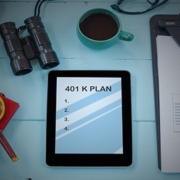 Thinking about participating in your employer’s 401(k) plan? Here’s how it works

TAKE ADVANTAGE OF THE IRA-TO-CHARITY TRANSFER

End of Year Reminder: Time is Running Out to Take Your 2022 RMD 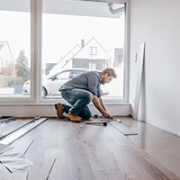 SAVER'S CREDIT CAN HELP YOU SAVE FOR RETIREMENT
0 replies

SAVER’S CREDIT CAN HELP YOU SAVE FOR RETIREMENT

HOW BUSINESS WEBSITE EXPENSES ARE DEDUCTED
Scroll to top