All you baby boomers who have been stashing away tax-deferred retirement savings, take note: it is getting close to the time to start withdrawing funds from those accounts and, of course, paying taxes on those withdrawals. This includes distributions from traditional IRAs and 401(k)s.

The same Internal Revenue Code that allowed you to save tax dollars when you contributed to those tax-deferred retirement plans also generally requires you to begin withdrawals on the year you reach age 70½. These distributions are called required minimum distributions (RMDs) and are based on annuity tables. Generally, most individuals will utilize the single life table, but the joint life annuity tables are used if the individual’s spouse is more than 10 years younger.

Keep in mind that you can always take as much as you wish from your tax-deferred retirement accounts, but you must take the RMD amount each year, beginning with the year you turn age 70½, or you will be subject to a very severe penalty, which we will discuss later. One exception is that you can delay the payout for the year you become 70½ until no later than April 1 of the following year. However, since you will also need to make an RMD for that following year, you will end up with two years’ worth of distributions being taxed in one year if you use the delayed distribution option.

The following is an abbreviated single life table. The actual table goes to age 111.

Failure to Take an RMD Penalty – When the full amount of an RMD is not taken, the penalty is 50% of the amount you didn’t withdraw. Luckily, the IRS is very lenient on this penalty and will generally waive it when an under-distribution is inadvertent or due to ignorance of the law, provided that the RMD amounts are made up as soon as possible once the error is discovered. Avoid RMD problems by having your account custodian or trustee determine the RMD annually and then transfer the distribution directly to your checking, savings or non-retirement plan brokerage account.

Multiple Retirement Accounts – When you have multiple accounts, the question often is, “Which account should I take the RMD from?” All traditional IRAs are treated as one for distribution purposes. So, you can take the RMD for the IRA accounts from any combination of the accounts that you choose. However, that may cause a problem with a trustee of the IRA account(s) from which you didn’t take a distribution, who may think you didn’t take your RMD for the year. So, it is less problematic to take a distribution from each account.

You may wish to simplify the RMD distributions by transferring all of your traditional IRAs into one account, if you have several traditional IRAs. This is best done by having the trustees make direct transfers to the target IRA, rather than you receiving the distributions and then rolling over the funds, since you are only allowed one IRA rollover each twelve months (trustee-to-trustee transfers don’t count as rollovers). Note that spouses must maintain their accounts separately and cannot combine their accounts with yours when figuring RMDs.

Roth Conversions – The ability of individuals to convert amounts of their traditional IRAs to Roth IRAs gives rise to some possible tax-saving moves in the years leading up to the RMD age. Things to consider are:

These types of strategies require careful planning, and you should consult this office first.

Effect on Taxable Income Once RMDs Start – Your taxable income may be increased by more than just the amount of the RMD. Adding your RMD to your income that is already taxed will increase your adjusted gross income (AGI); as a result, the amount of your Social Security benefits that is taxed may also increase. In addition, since the AGI is the amount on which the phaseout or reduction of many tax deductions is based, you may also find that you are getting less tax benefit from such items as medical expenses, charitable contributions, and investment-related expenses – all of which means your tax bill will go up by more than it otherwise would by just adding the RMD to your income.

Plan for Additional Withholding or Estimated Tax – Once you start taking distributions from your IRA or 401(k), and to avoid a potential underpayment of tax penalty, you will likely need to increase your tax prepayments, either by having federal (and possibly state) income taxes withheld from the distributions or by making quarterly estimated tax payments. If you already make estimated tax payments, you may need to increase the installment amounts.

If You Don’t Need the RMD – If you simply don’t need the retirement distribution, after reaching age 70½, you can donate up to $100,000 of IRA funds per year to a qualified charity without having to include the distribution in your income, and it will still count towards your RMD. If you are married and your spouse has an IRA and is also 70½ or older, he or she may also make a charitable IRA distribution of up to $100,000. So, if you are someone who gives substantial amounts to charity each year, this is a distribution strategy you may want to consider after reaching RMD age. CAUTION: To qualify under this provision, the funds must be directly transferred from the IRA account to the charity.

RMD issues can be quite complicated, and it is highly suggested that you consult with this office for pre-RMD planning, determining the correct RMD amounts, and analyzing your withholding and/or estimated tax obligations. 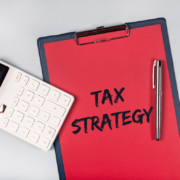 10 Tax Strategies to Consider Before the End of 2021 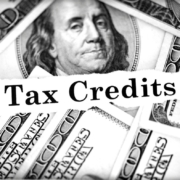 Looking for a Tax Credit? Don’t Miss out on These!

WHAT IS A REQUIRED MINIMUM DISTRIBUTION?
0 replies

14 INTERVIEWS WITH SOME OF THE MOST INFLUENTIAL #ENTREPRENEURS OF OUR TIME.
Scroll to top