With the 2018 filing season currently behind us, notices have started to appear in mailboxes. While the IRS letterhead strikes fear into the hearts of most Americans, a vast majority of those notices are nothing to fear, since most of them are computer-generated and referring to outstanding tax bills you haven’t paid yet or errors on your tax return that can be easily addressed. Simply getting an IRS notice is not indicative of an audit.

With the numbers in for 2016 tax returns per the release of the IRS’s 2017 data book, fewer than 1 percent of individual tax returns were selected for a field or correspondence audit, which gives most people a 1-in-160 chance. But the Taxpayer Advocate Service watchdog group says that it’s actually 6.2 percent of tax returns, or a 1-in-16 chance of being audited. While audits demand back-up material and examining your past tax returns opposed to simply fixing errors or paying your unpaid tax bills, some of those computer-generated notices are more pernicious in their documentation requests and count in that 6.2 percent. “Audit flags” that don’t merit a full tax return audit but a partial one also count.

An incredibly minute amount of the hundreds of millions of individual tax returns that get filed every year will be audited. But if you want to know why you’re under audit or what the risk factors are that increase the likelihood of being audited, here’s what you need to know about the IRS audit process.

1. You were incredibly unlucky and got randomly selected.

In 2017, only 934,000 tax returns were audited, with 71 percent of them being done by mail, opposed to field audits (those intimidating series of face-to-face meetings you see in movies). Of this number, a microscopic portion were randomly selected.

The IRS always audits an incredibly tiny sample of tax returns, but the likelihood is still extremely low given that the incidence of random selection was reduced under the sequestration in 2013 and remained low even after the IRS petitioned for more funding. But if you are low or middle income with a relatively simple tax filing situation and wondering why you’ve been audited, you were part of that tiny random selection.

2. Your tax return has a common audit flag.

Even if you have legitimate deductions, credits and income substantiation, there are certain lines on your tax return that are rife with errors and fraud across the board. These include the charitable contribution deduction, home office deduction and adoption tax credit.

Specific tax benefits prone to error and fraud like the Earned Income Tax Credit have their own separate due diligence process. But the above three items are the most common triggers for an audit, even just partial audits, given the vast propensity people have in underestimating these items and not having them properly documented. People tend to overestimate the value of non-cash charitable contributions and frequently lack the substantiation for these deductions. Adoption is an incredibly long and expensive process, and even though it is a legitimate tax benefit in which the adoptive parents will have substantiation, it also equates to a tax credit that can spread out over numerous years and result in paying little or no tax. Because of this, the IRS flags these tax returns frequently.

The home office deduction is another area where people tend to overestimate both eligible expenses and the percentage or square footage of the home being used for the deduction. This deduction can also generate a business loss, resulting in paying little or no taxes. Because of this, the IRS is likely to flag tax returns that have suspiciously large home office deductions.

3. Someone tipped off the IRS that you could be cheating on your taxes.

The IRS has a whistleblower program that awards up to 30 percent of the taxes collected and resultant penalties. If your ex-spouse suspects that you fudged your Goodwill donations or that co-worker who doesn’t like you overheard you say, “They never check!” with respect to that side hustle you didn’t report, it’s possible they could’ve anonymously tipped you off to get a quick payday.

4. If you’re a small business owner or freelancer and someone with whom you do business was audited, you have an increased likelihood of being audited.

Even if your client, supplier or other business associate was not committing tax fraud or malfeasance but simply got audited, people and companies that they paid or received money from are likely to be next. If they didn’t correctly report payments made, the IRS will want to see how the payers’ or recipients’ tax returns also match up.

While random selection has a low probability, most audit flags are beyond your control. Always have proper substantiation in case you get that information request.

Our tax relief experts are available to be your dedicated resource to take the stress out of resolving your IRS notice in the shortest amount of time possible. 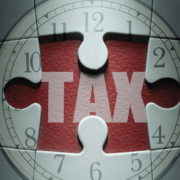 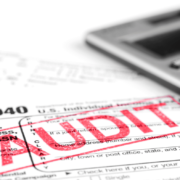 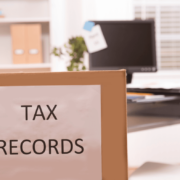 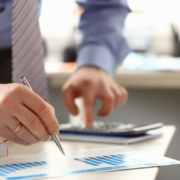 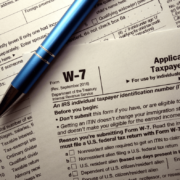 Does Your Tax ID Number (ITIN) Need to be Renewed? 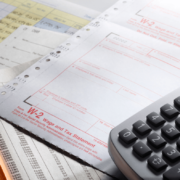 HAS TAX REFORM TAKEN AWAY YOUR HOME MORTGAGE INTEREST DEDUCTION?

THE MOST COMMON ACCOUNTING MISTAKES SMALL BUSINESS OWNERS MAKE AND HOW TO AVOID...
Scroll to top